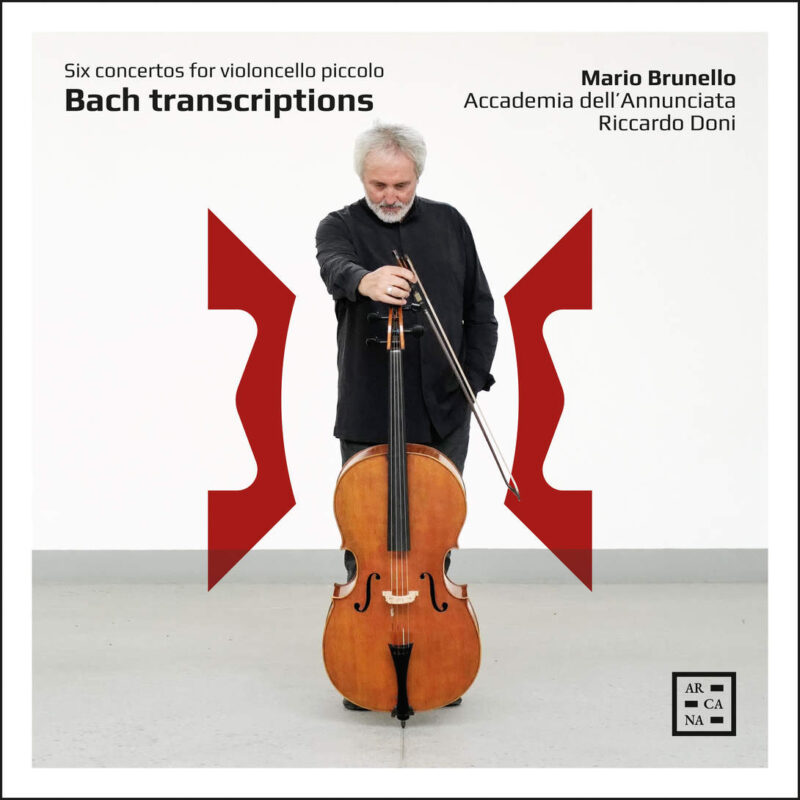 “Intense and passionate.”   The Strad              “A great spirit.”   Gramophone  “The sound of the cello piccolo, which oscillates between violin and cello, is sung out by Mario Brunello with apparent lightness, expressiveness and always highly virtuosic.” Highresaudio.com   Mario Brunello is one of the most multifaceted and sought-after artists of his generation. A soloist, chamber musician, […]

“The sound of the cello piccolo, which oscillates between violin and cello, is sung out by Mario Brunello with apparent lightness, expressiveness and always highly virtuosic.”
Highresaudio.com

Mario Brunello is one of the most multifaceted and sought-after artists of his generation.
A soloist, chamber musician, conductor, and a pioneer of cello piccolo, he is the first European ever to win the Tchaikovsky Competition in 1986.
Brunello is a cellist of an extraordinary talent that balances performing a wide-ranging repertoire spanning from early music to contemporary.

Mario Brunello is a passionate admirer of most various forms of musical expression, but also of philosophy, science, theatre and literature. His passion for finding new ways of communication and attracting new audiences have prompted him to design performances with notable personalities such as jazz pianist Uri Caine, singer-songwriter Vinicio Capossela, the physicist Carlo Rovelli, the writer Alessandro Baricco and actor Marco Paolini, to name a few.

Highlights of the previous season have included concerts with the Warsaw Philharmonic Orchestra, Mariinksy Orchestra St Petersburg, Tchaikovsky Symphony Orchestra Moscow, NHK Tokyo and Rai Turin Orchestra. Together with Gidon Kremer and Kremerata Baltica, Brunello has appeared at the Kronberg Festival and has toured South America.

In the recent years Mario Brunello has expanded on his activity as both a soloist and conductor. Since 2018 he is an Artist-in-Residence at the Philharmonie Zuidnederland in Eindhoven, where he actively focuses his repertoire to Haydn mixed with classicism and contemporary music. Other notable collaborations include fruitful partnerships with Kremerata Baltica, Moscow Soloists, Teatro la Fenice Orchestra, Tchaikovsky Orchestra Moscow, Kioi Sinfonietta Tokyo and ORT in Florence, to name just a few.

Brunello plays a precious Maggini cello crafted in the early 1600s. He has, however, grown increasingly fond in recent years of the “cello piccolo”. This instrument shares the tuning and the technique of the violin but possesses the deep, sonorous voice of a standard cello, which inspired Brunello to explore the masterpieces of the baroque violin repertoire by Bach, Vivaldi and Tartini on this unconventional instrument.

“Harmonies revealed in complete chords, cascades of notes, and fugues in three or four parts, and the monumental chaconne – this is a language and musical architecture which does not exist in the solo cello repertoire. The violoncello piccolo enables me to discover these magnificent works and to extend my own repertoire.”
Mario Brunello for Meet The Artist.

The Sonatas and Partitas of JS Bach has been the first revelatory recording of Mario Brunello, received with praises by the international press. Performances of this cycle are programmed during the season 2020–23 all over Europe.

Mario Brunello has made various recordings in exclusive for Outhere. Critics and listeners alike have been captivated by ‘Sonar in Ottava’, a CD released in March 2020 (which BBC Music Magazine rated as among the “best concerto recordings” of 2020), joining his life-long friend Giuliano Carmignola. The highly original programme revisits Bach and Vivaldi Double Concertos performed on this occasion on violin and violoncello piccolo.

“a CD of amazed baroque music, all prepared to dispense happiness.”
Crescendo Magazine

Brunello has exploited the full potential of cello piccolo in a recording released in November 2020, dedicated to Giuseppe Tartini for the 250 anniversary of the death The CD includes Sonatas and Concertos by Vandini, Meneghini and Tartini performed with the Accademia dell’Annunciata. (Diapason d’OR)

Outhere partnered Mario in his life project titled “Brunello Bach Series”: a trilogy starting with a first recording dedicated to JS Bach’s Sonatas and Partitas for violin, played for the first time ever on cello piccolo. The second album is devoted to the “Six sonatas for concertato harpsichord and solo violin” (BWV 1014-1019). Conceived in three parts, these famous pieces appear transfigured in a kaleidoscope of colours, in which the violoncello piccolo shares the score with harpsichord and organ, and a continuo played by viola da gamba and cello – an accompaniment specifically suggested by one of the surviving copies of the sonatas.

The trilogy will conclude in 2022 with “Bach Transcriptions”, an ingenious programme of Bach Concertos for violin, played for the first time on cello piccolo. Mario Brunello will be joined by the Accademia dell’ Annunciata.

Brunello’s close collaboration with Kremerata Baltica has produced two impressive recordings: Tavener’s “The Protected Veil” recorded at Lockenhaus Festival a few years ago, and most recently “Searching for Ludwig” – a tribute to Beethoven recorded with Gidon Kremer and Kremerata Baltica, pairing Beethoven’s quartets in a version for string orchestra with contemporary pieces by Léo Ferré and Giovanni Sollima.

Mario Brunello is artistic director of Arte Sella and I Suoni delle Dolomiti Festival. Since October 2020 he has been appointed as the new Artistic Director of Stresa Festival, taking over from Gianandrea Noseda. 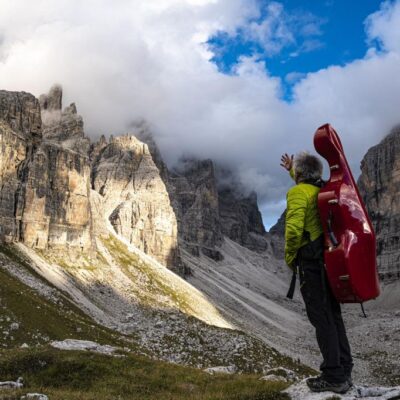 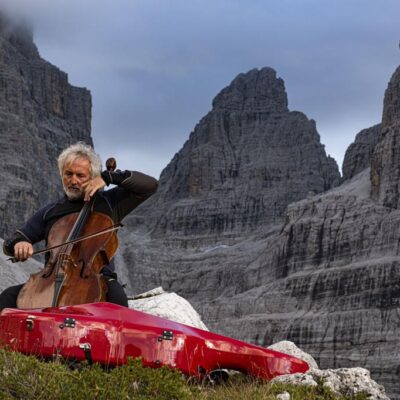 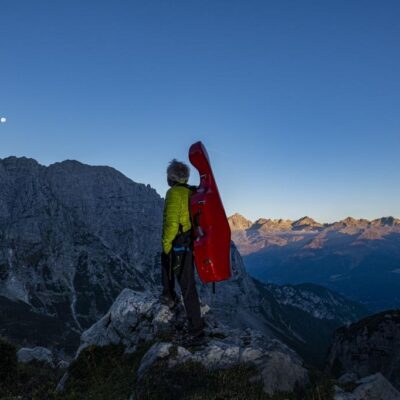 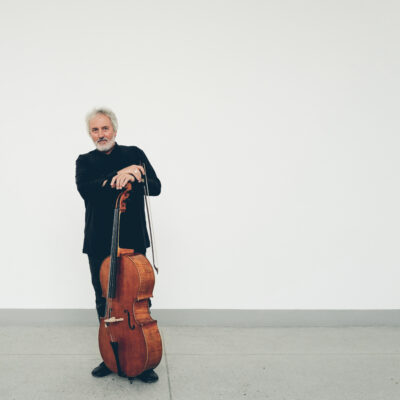 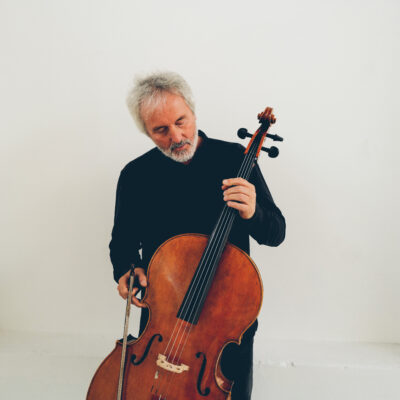 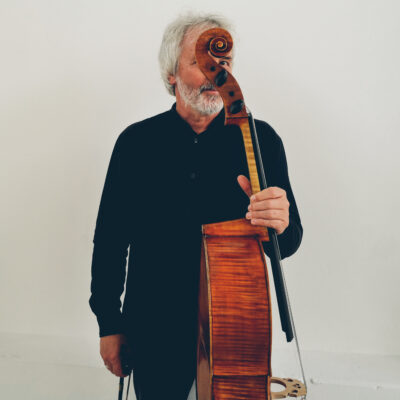 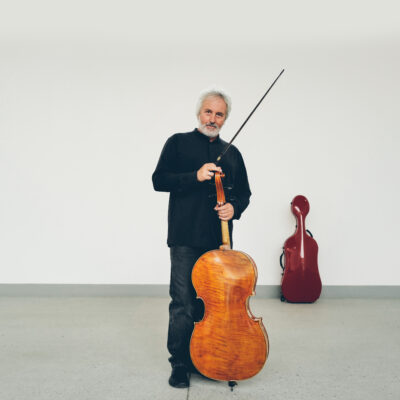 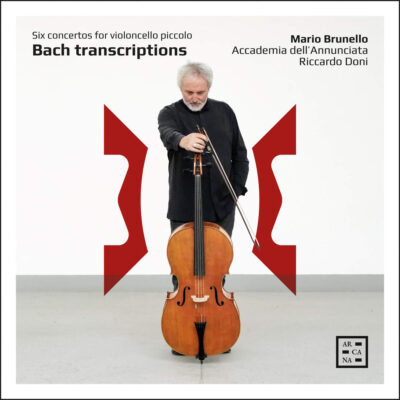 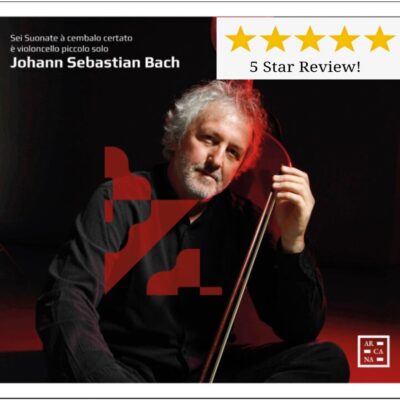 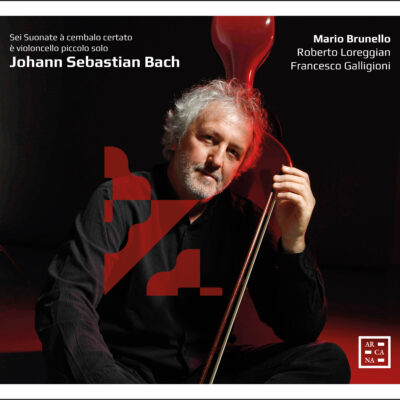 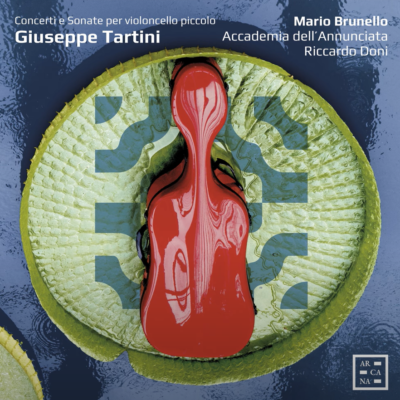 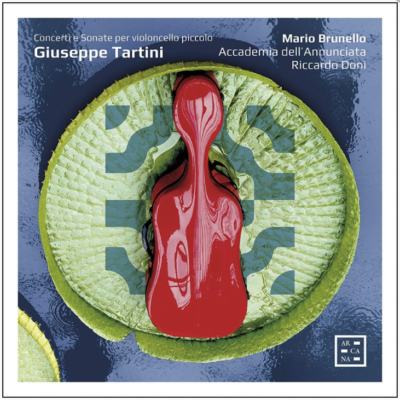 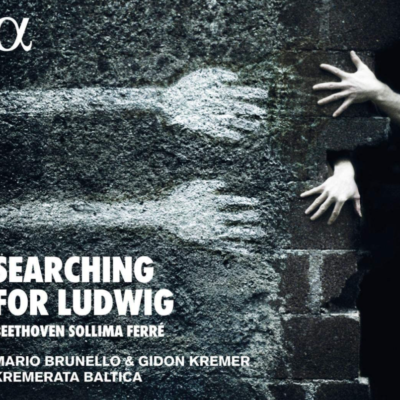 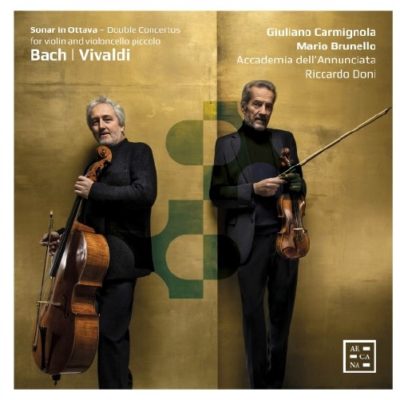 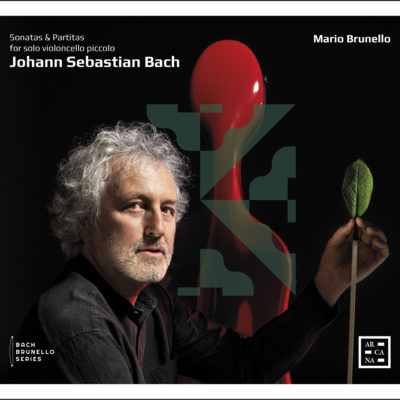 Oct. 2019 – 1st Release of the new “Bach Brunello Series” by ARCANA : 2Sonata and Partita for violin on cello piccolo 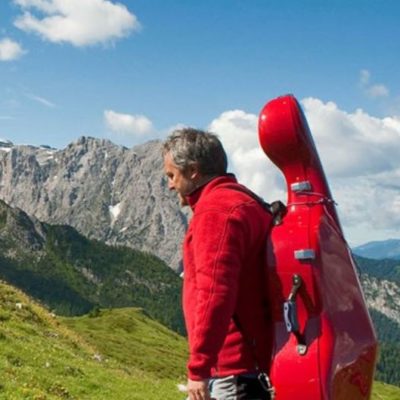 THE WEEK – “The Sounds of the Dolomites: Extreme open-air concerts” 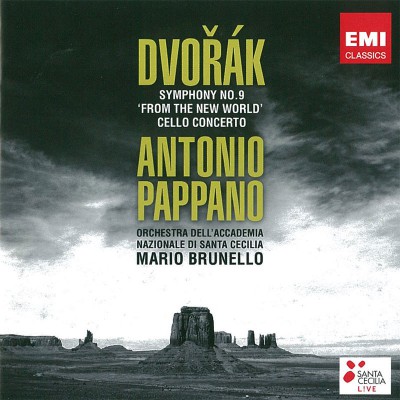 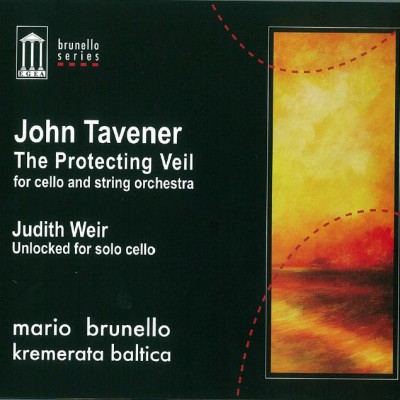 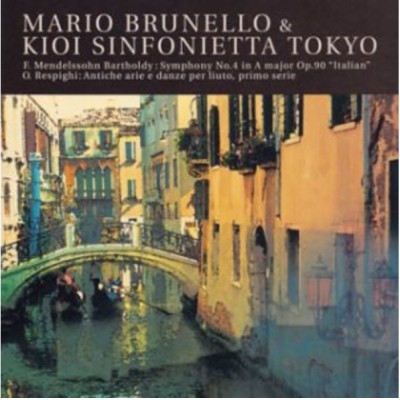 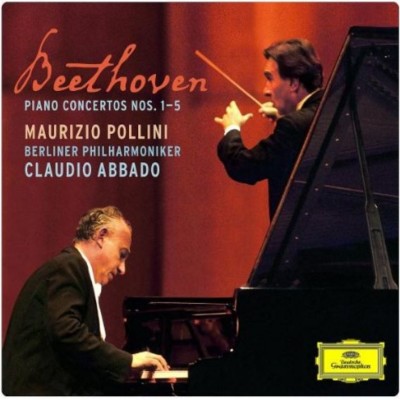 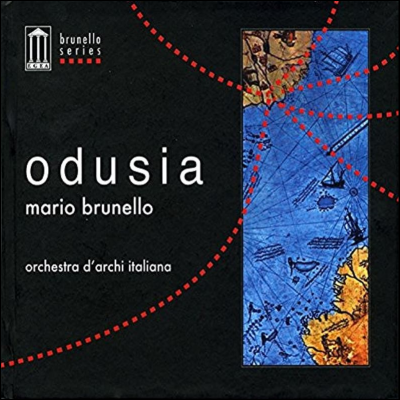 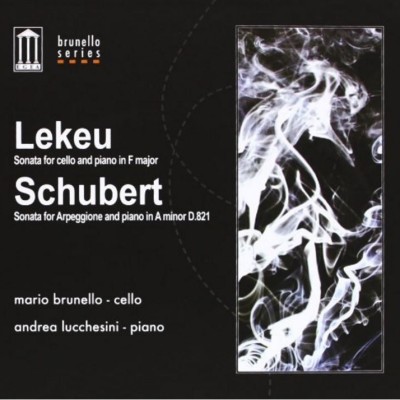 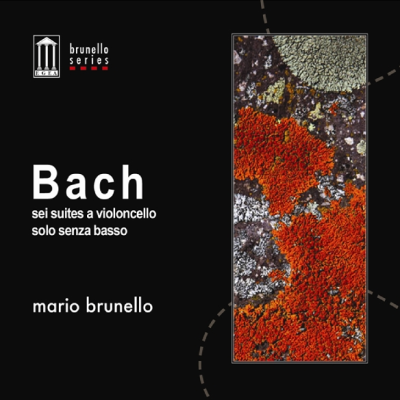